BLOOD LIONS – A FILM ABOUT LION BREEDING AND CANNED HUNTING

You are invited to special screenings of the brand-new feature documentary ‘Blood Lions’:

Tickets can be bought at Webtickets here:

All screenings will be followed by a Q&A session.

‘Blood Lions’ is a compelling documentary that uncovers the shocking realities behind the multi-million dollar predator breeding and canned lion hunting industries in South Africa.

Proceeds earned by these fundraising screenings will go towards the campaign to stop lions being bred for the bullet.

The film follows acclaimed environmental journalist and safari operator Ian Michler, and Rick Swazey, an American hunter, on their journey to uncover the realities about the multi-million dollar predator breeding and canned lion hunting industries in South Africa.

It is a story that blows the lid off claims made by these operators in attempting to justify what they do. Last year alone over 800 captive lions were shot in South Africa, mostly by wealthy international hunters under conditions that are anything but sporting. 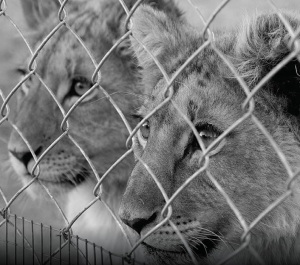 Ian has been following this story since 1999, and he goes onto the breeding farms to witness the impacts that decades of intensive breeding is having on the captive lions and other predators.

Aggressive farmers and most within the professional hunting community resent his questioning, but the highly profitable commercialization of lions is plain to see – cub petting, volunteer recruitment, lion walking, canned hunting, trading and the new lion bone trade are on the increase. And all are being justified under the guise of conservation, research and education.

In parallel we follow Rick, who purchases a lion online from his home in Hawaii. He then travels to South Africa to follow the path canned hunters do. 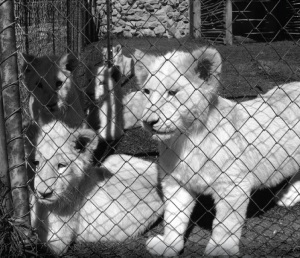 The film shows in intimate detail how lucrative it is to breed lions, and how the authorities and most professional hunting and tourism bodies have become complicit in allowing the industries to flourish.

There is also hope in this story as it covers the very latest developments with the Australian government announcing a complete ban on the importation of all African lion trophies into Australia.

‘Blood Lions’ is a compelling call to action and shows how you can get involved in a global campaign to stop lions being bred for the bullet.

The screenings are brought to you in partnership with the Conservation Action Trust, Remgro Limited, SPAR and Bowman Gilfillan

‘Blood Lions’ was directed by Bruce Young & Nick Chevallier and is presented by Regulus Vision and Wildlands.

This entry was posted in Uncategorized. Bookmark the permalink.